According to Akamai and the Internet Society, the internet, aka public networks, will run out of Internet Protocol version 4 addresses by November of 2011 IPV6.

Why do we need IVP6?

So what does that mean? Well, every public device, including cell phones, that is attached to the public internet in one-way shape, or form has a public IP address associated with them.

The original IPv4 was only designed to hold a maximum of 4 billion unique usable addresses, whelp guesses what? With everything now “connected” we are running out. In the mid-’90s IPv6 was created yet it has not been widely adopted or deployed, because of the compatibility and hardware requirements. 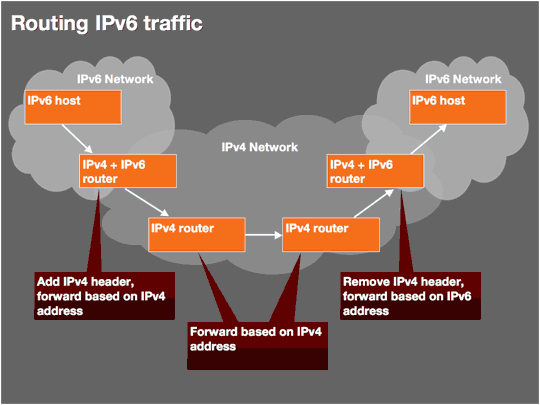 When is IPV6 happening?

So the big boys, Google, Yahoo, Facebook, Microsoft, etc. will perform an IPv6 test flight on June 8th, 2011. Once the big boys adopt the IPV6 they will use a dual-stack/ NAT architecture which will allow them to tunnel IPV4 address space into their IPV6 networks, which hopefully by some time for the rest of the world to adopt the technology.

Be prepared windows 98 users 🙂 You will have to upgrade!

Based in Orlando, Florida, Next Horizon provides full-service IT solutions for businesses looking to increase agility and optimize productivity at a reasonable cost. From IT Managed services to web hosting solutions and IT support, Next Horizon uses its 40+ years of experience and award-winning talent to provide technical business solutions for its clients.

Contact Us
Learn More about Our IT Solutions Services
Tags: ipv6, networking

Categorised in: IT Solutions, Technology

What are you looking for?